This post may contain affiliate links. Read my disclosure for more info.

The fight to menopause continues to diversify. Experts on health, menopause enthusiasts and concerned women remain seeking for various ways to successfully defeat the signs of menopause that has been affecting the ladies’ quality of life. In able to overcome these menopausal symptoms, some women go for natural remedies, others prefer synthetic medications, while brave ones desire to try the unusual techniques for treatment. One fascinating method for cure caught our attention due to its distinctness that has been established as early as 1796 by Samuel Hahnemann called, homeopathy.

In homeopathy or homeopathic medicine, the ingredients used for treatment come from nature: either from plants, animals, minerals, or sometimes even from human’s minute parts. As homeopathy believes in the “principle of similars” or “like cures like.”

Homeopaths (a professional in homeopathy) studied the law of similars by first giving a particular substance with medicinal use to volunteer healthy individuals. Then they carefully noted the symptoms that these healthy volunteers produced. After several human trials and when the symptoms are fully developed, the substance used that caused the symptoms is tried and assessed to people who have a disease with the same set of symptoms that the healthy individuals produced.

These professionals believe that these substances that produced the symptoms to healthy individuals will cure the same symptoms observed on ill people. That is how the law of similars is learned in homeopathy. These set of “homeopathic provings” (that includes the substances and its effects to illnesses) are published on the set of books about homeopathy called Materia Medica Pura, where homeopaths base their approach of treatment depending on the patient’s case.

A homeopath uses pills, liquids or mixtures that are combined with a little amount of the active ingredient that enhances the body’s normal self-healing process. These medications, though given in a very small amount are said to be very effective since they are mixed thoroughly to strengthen its action.

How Does Homeopathic Medicine Work

The treatment of homeopathy does not only focus in eliminating the disease rather to each symptom that persists. Intricate study and review of the patient’s condition, description of signs, physical status, and family history are as well considered and observed before the homeopath engages the patient to a certain medication. The aim is to restore balance in health and prevent the relapse of the illness by using natural remedies.

The unique approach of homeopathy is it encourages and enhances the capability of the human body to heal itself. The treatments used do not focus on eliminating the symptoms of the disease but rather help the body regain its natural health and balance.

For instance, the body produces inflammation, fever or discharges as signs that our body protects and heals itself from harmful organisms that enter the body. But sometimes these responses are not enough to fully recover from damages. Homeopathy works by enhancing and strengthening the body’s capability to self heal, and does not only suppress the symptoms of the illness, which are the body’s natural response to protect itself. That is the distinctness of homeopathy from other conventional therapy that only focuses on removing the symptoms of the disease rather than gaining back the equilibrium of health.

In Europe, the method of homeopathy is so widely practiced and used by physicians that it is no longer considered as alternative medicine. Even the British Royal family has been using and supporting the use of homeopathy as early as 1830’s. While in U.S., 22 universities have been studying the practice of homeopathy since 1900.

How Long Does Homeopathy Treatment Take?

The span of treatment depends on the patient’s case and severity. Chronic illnesses usually require chronic treatment, and acute diseases usually cured in a short while. Homeopathy also involves careful study of the sickness, symptoms and other underlying problems that takes time. The improvement of the patient is well observed that’s why return visits are vital in order to note if the treatment advised helps the situation.

Homeopaths usually ask their patients to come back after 4-6 weeks to see if there are improvements. If the methods and medications are correctly followed, positive changes are mostly seen in just a short time. While in most severe cases, patients claimed they have regained 50-75% better quality of life.

Though homeopathy is considered safe by United States since 1938, the treatment should still be as gentle as possible as some people react differently to medications. Some react intensely to just minimal dose, while others have the least to no response at medications at all. While some take time to adapt to medication and feel worse before getting better. The adjustment of treatment is an important factor to wellness, as well as careful observation of each patient. It is also vital to know if the patient takes other drugs, like vitamins or supplements as it may have a reaction with homeopathic medications. It is very important that before engaging in any homeopathic treatment, help from a well-trained homeopathy professional should be first sought. 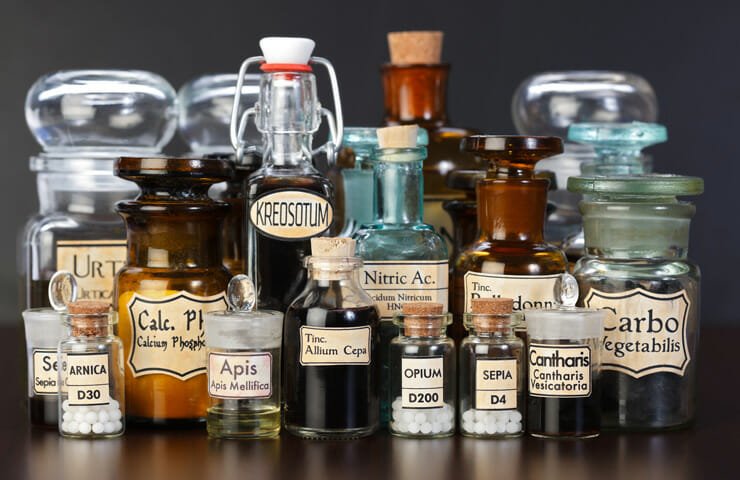 Some Homeopathic Treatments for Menopause

There is an immense wide list of homeopathic treatments for menopausal women. Which to use depends on the woman’s complaints, and the homeopath’s diagnosis of the case. Here are several medications that are commonly used to the fight the symptoms of menopause:

Graphite is a known mineral that has traces of iron. It is widely used in homeopathy as treatment for several conditions. It is usually distributed as powder mixed with lactose sugar to make it soluble in water. It is consumed by diluting in water repeatedly until totally dissolved.

Graphite is said to be effective in preventing obesity in women who gain weight during menopause as it can change the appetite. It also eases constipation, bloated feel and a solution to flatulence, even stomach pains. Graphite can cure skin problems such as dryness, skin eruptions and rash, red discoloration in the face, brittle fingernails, itchy scalp, migraines, irregular or heavy periods, vaginal discharge, vaginal dryness, and extreme fatigue.

Some psychological problems can also be resolved by graphite such as anxiety, depression, irritability, depression, fickle-minded and have difficulties in concentration.

Or Sepia officinalis is a European cuttlefish, which is a close relative of squid and octopus. Its ink is used in the practice of homeopathy, which is one of the greatest contributions of Samuel Hahnemann. It is effective in alleviation of hot flashes at any time of the day, and for those who feel exhausted after the hot flash episode. It could also relieve anxiety during hot flash, and eliminates offensive smell of sweat as well as perspiration of the female genitals. Sepia could also help women lose weight who are having problems in gaining pounds during menopause.

One of the most distinct characteristics of Sepia is it can increase sexual drive or libido. It can also cure vaginal dryness, vaginal yeast and infections, osteoporosis, vaginal pain during intercourse, urinary incontinence (inability to control urine) and heavy menstrual periods.

Or Amyl nitrite is an inhalant drug that gives instant relief to hot flashes that suddenly emerge. It effectively dilates capillaries, which balances the body’s temperature and eases head congestion or headache as well as anxiety and palpitation. It could also be a solution to intense redness of the face and perspiration all over the body.

Amyl Nitrite is also prescribed as an inhalant drug for people with angina pectoris (a serious painful episodes in the chest), but is now rarely used for that matter. Though proven safe, once inhaled it could bring feelings of dizziness and euphoria.

Know more about homeopathy and its history, approach, benefits and why a lot of people prefer it from conventional medicines by reading this helpful book

The Homeopathic Revolution
What do Mark Twain, David Beckham, Catherine Zeta-Jones, and Mother Teresa have in common? All have been enthusiastic fans of homeopathy, the alternative medical tradition that treats “like with like.” Homeopathy has an incredible history of support by many of the most respected people of the past 200 years, and modern science is finally catching up. In The Homeopathic Revolution, Dana Ullman blends vivid personal stories and quotes from these and other luminaries from a variety of eras and fields with a new definition of homeopathy as “nanopharmacology”–one that will help people, including skeptics, start to understand its value.

Many women are now turning to homeopathy for menopause relief. How about you? What do you think of homeopathy? Are you willing to try it?

We would love to hear your thoughts so feel free to add your comments below. Share this article if you want to introduce homeopathy to others! 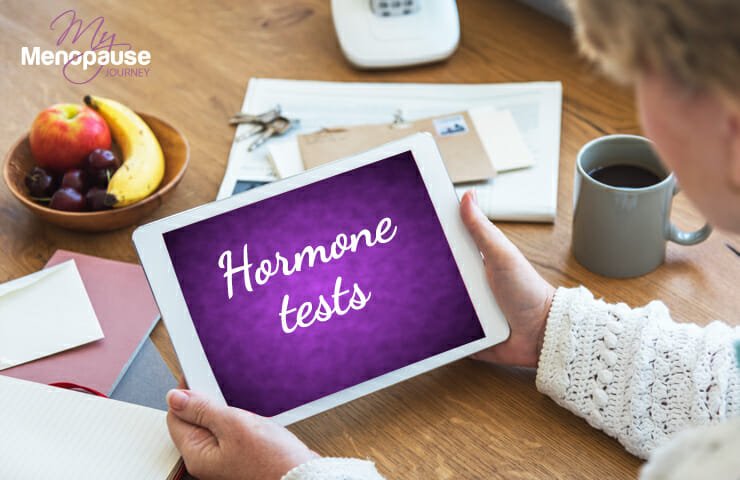 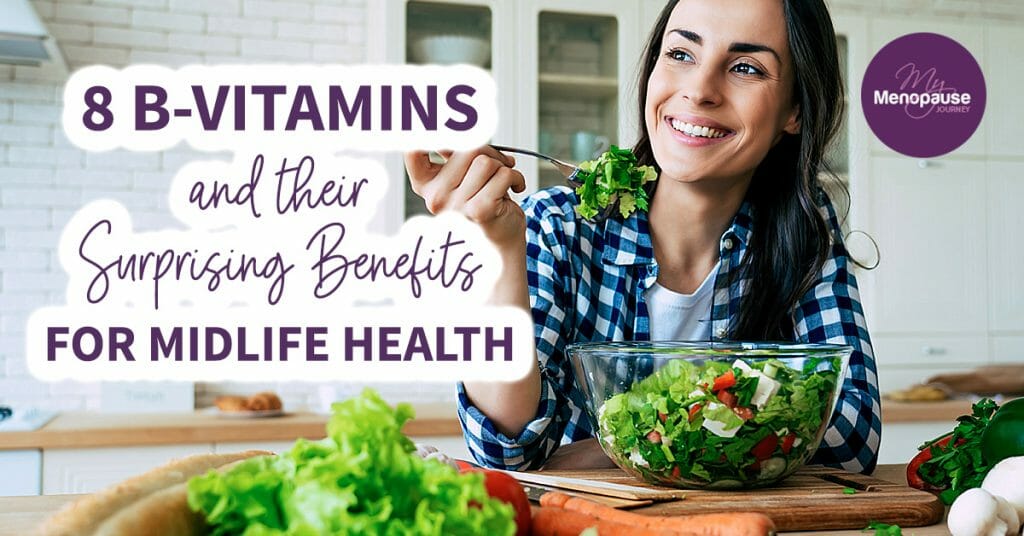 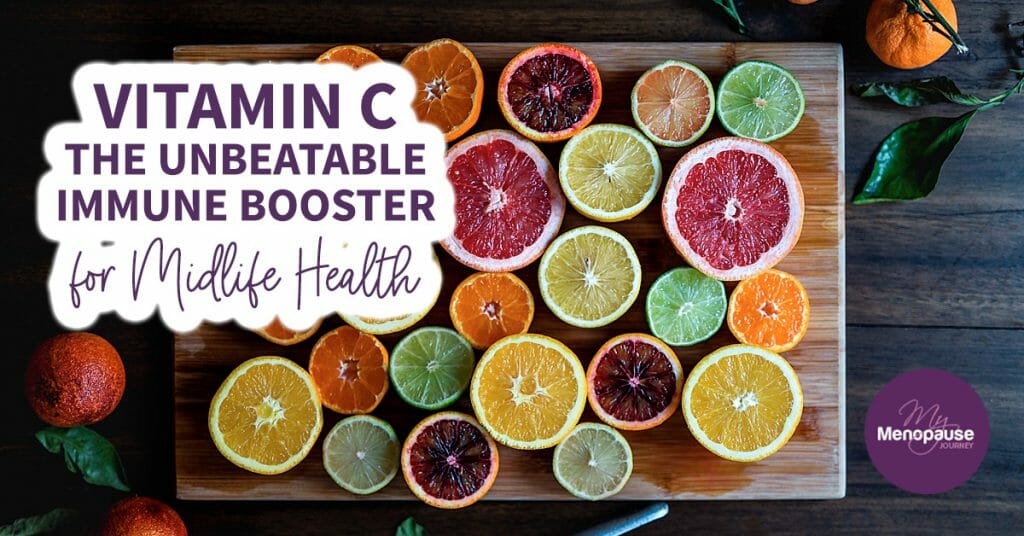 Disclaimer
DISCLAIMER: All information in this blog and all linked materials are designed for informational purposes only. It should not be used to treat, diagnose or as direct advice for any medical condition.
Information in this blog is not a substitute for the medical advice of physicians. Always consult your physician or a qualified professional in matters of health.
I, the author of MyMenopauseJourney, will not accept or hold any responsibility for any reader’s actions.
DISCLOSURE: We are glad that we can provide the content of this blog for free. To do this, some links, but not all, are affiliate links, which means that we will receive a small referral commission when you buy from the link on our page.
You will never pay more when you buy through our links. I only recommend products that I have tried myself or have a firm belief in the product’s quality based on reports, research or positive user reviews.
We are a participant in the Amazon Services LLC Associates Program, an affiliate advertising program designed to provide a means for us to earn fees by linking to Amazon.com and affiliated sites.